The buttons on your Android phone may stop working for any reason. And it’s a problem, especially if it’s the power button that doesn’t work. We tell you how to solve this setback

The Android power button is possibly one of the most important buttons on your phone, as it’s the one you use to start the device if it’s turned off. It is not something we usually do because it is practically always running. But sometimes we are forced to restart the phone because it does not respond or we run out of battery.

But like everything in Android, if something stops working we can replace it. If it is a physical power button , there are several virtual or digital solutions to turn on your Android phone or to perform the same functions of that button if it is not responding. Let’s see all the possibilities that are in your hand.

How to turn on, restart or turn off the mobile if the button does not work or is broken

The simplest way to turn on your Android mobile if it is off is by connecting it to the power . Normally, when the phone detects the charging cable and it was turned off, it usually turns on as soon as it has a minimum battery charge. Problem solved. And to turn on the screen , try touching the other physical buttons, that is, the volume buttons.

Another way to turn on an Android phone without the power button is by connecting it to a PC via USB cable while pressing the volume button . This should turn on download mode . To reboot and exit this Download mode, try holding down the volume down button for at least 20 seconds.

How to restart or turn off the phone

Once turned on, how to restart or turn off the mobile without the physical power button? These two actions are easier to execute when the Android phone is already running. Instead of pressing the power button, we will go to other shortcuts. 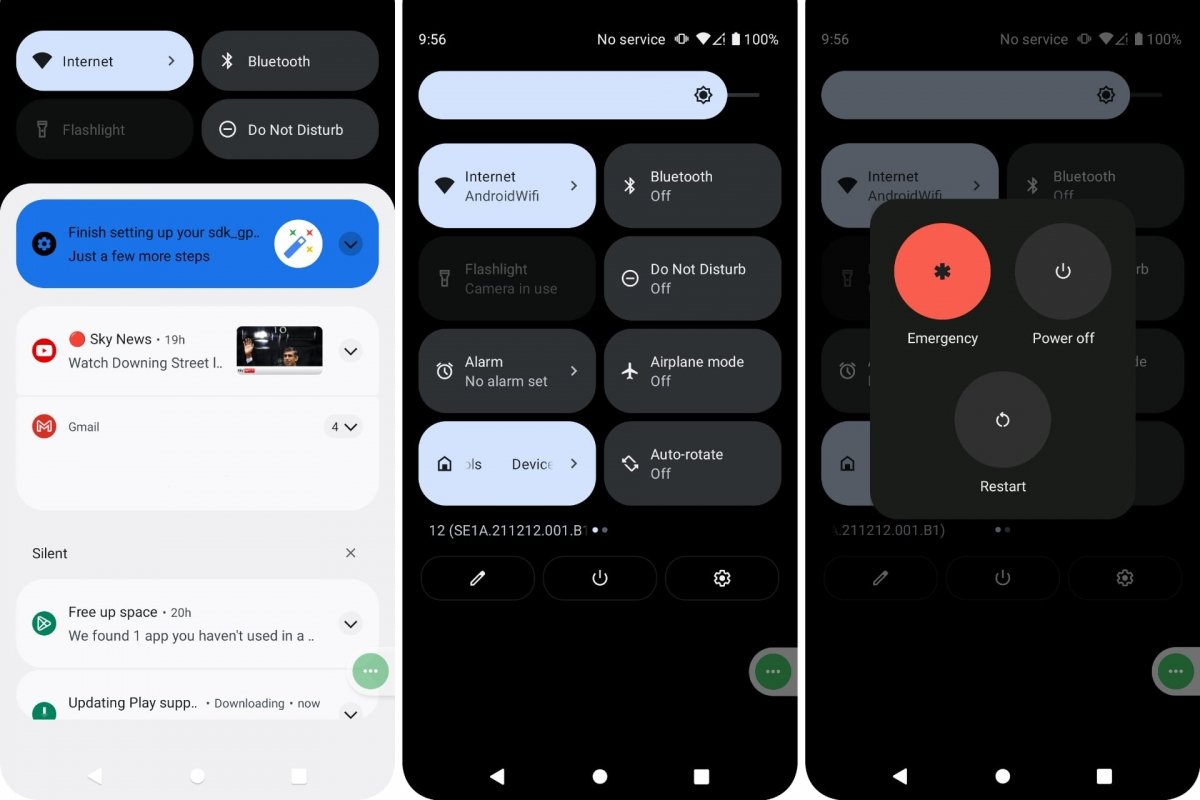 Turn off Android from notification bar

For example, if you swipe down from the top corner of the screen, you’ll see notifications and buttons or shortcuts to turn features like WiFi, Bluetooth, or turn on airplane mode on and off. Among those buttons there is one that is used to turn off or restart the phone . If you don’t see it at first, slide the buttons all the way until you see the one that shows an open circle at the top with a vertical line. 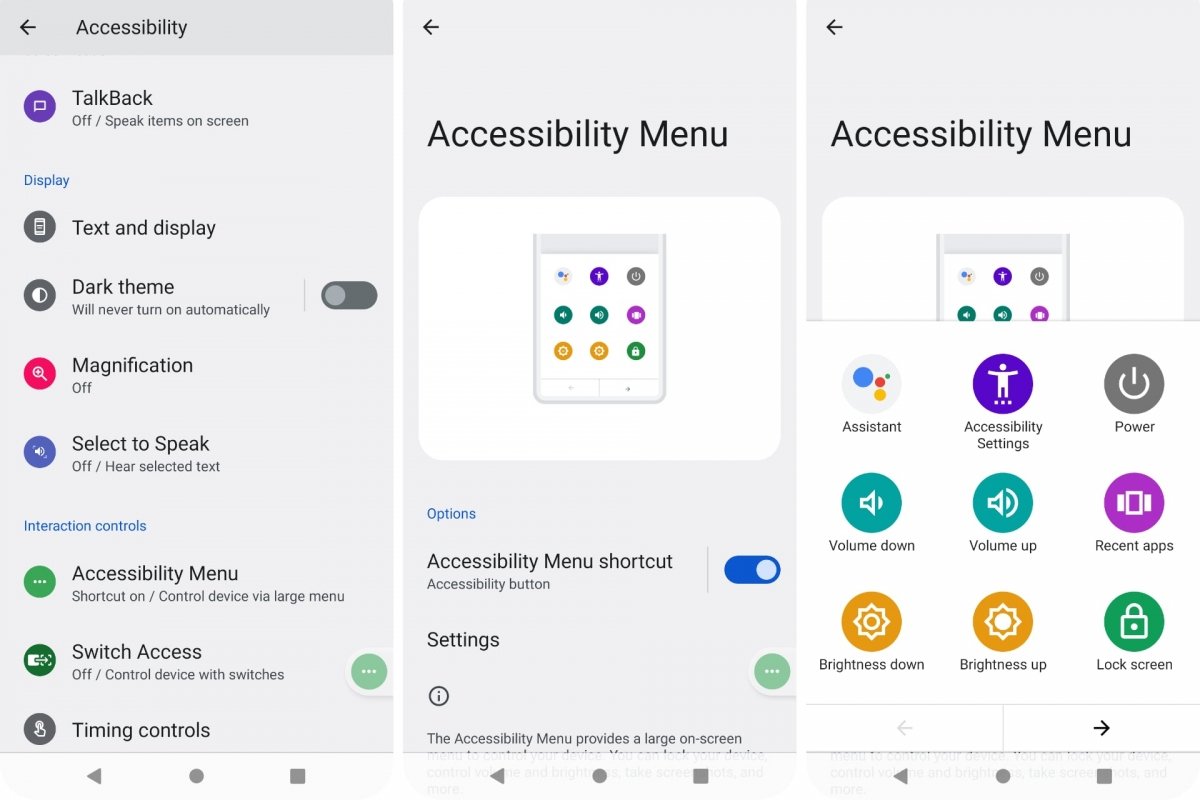 Another way to access the virtual button to turn off or restart the device is by activating the Android accessibility menu. It will depend on the version you have if you can see it or not.

When you press that button, you will have access to various Android buttons and functions, such as volume, brightness, screen lock, or the power off and/or restart button . You can now restart or turn off your Android mobile without using the physical power button. 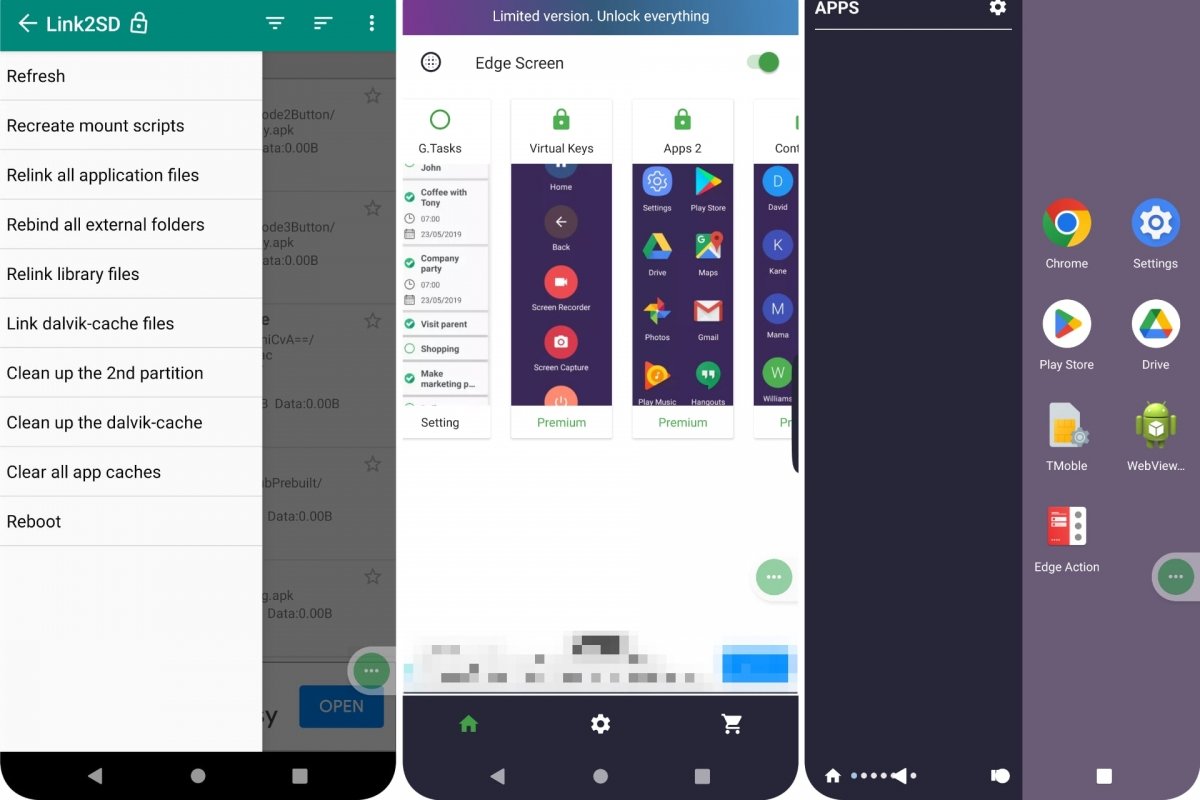 Applications to shut down or restart Android

Finally, applications such as Link2SD or Edge Screen include among their functions shortcuts and/or virtual buttons to turn off or restart your Android phone from the screen and without touching the physical on and off button.

How to change the power button to the volume button

Now that we know how to turn on the phone without using the power button because it doesn’t work, we need to replace it so we don’t always worry. Repairing it has its cost, but if we change it for another of the physical buttons of your mobile, the change is free. For example, by a volume button .

The Power Button to Volume Button app is free and very simple, but it will be very useful if your phone’s power button doesn’t work. It basically does two things: make one of the volume buttons act as a power button and you can turn off the phone’s screen from the notification bar instead of the power button.

A similar solution is provided by Button Mapper . It is used to change the functions of the buttons on the phone. What is called remapping . You will be able to remap most of the physical buttons with various actions to choose from. In addition, it is possible to combine up to three actions on the same button by pressing it once, twice, or by holding it down .

The usual thing is to turn the mobile on and off manually. But it is also possible to do it automatically, programming the device to turn on or off at a certain time. If your phone is from the OPPO, Vivo or Xiaomi brands and uses MIUI instead of Android, in the settings of your mobile you will find this possibility without installing additional applications.

To schedule your mobile on or off : 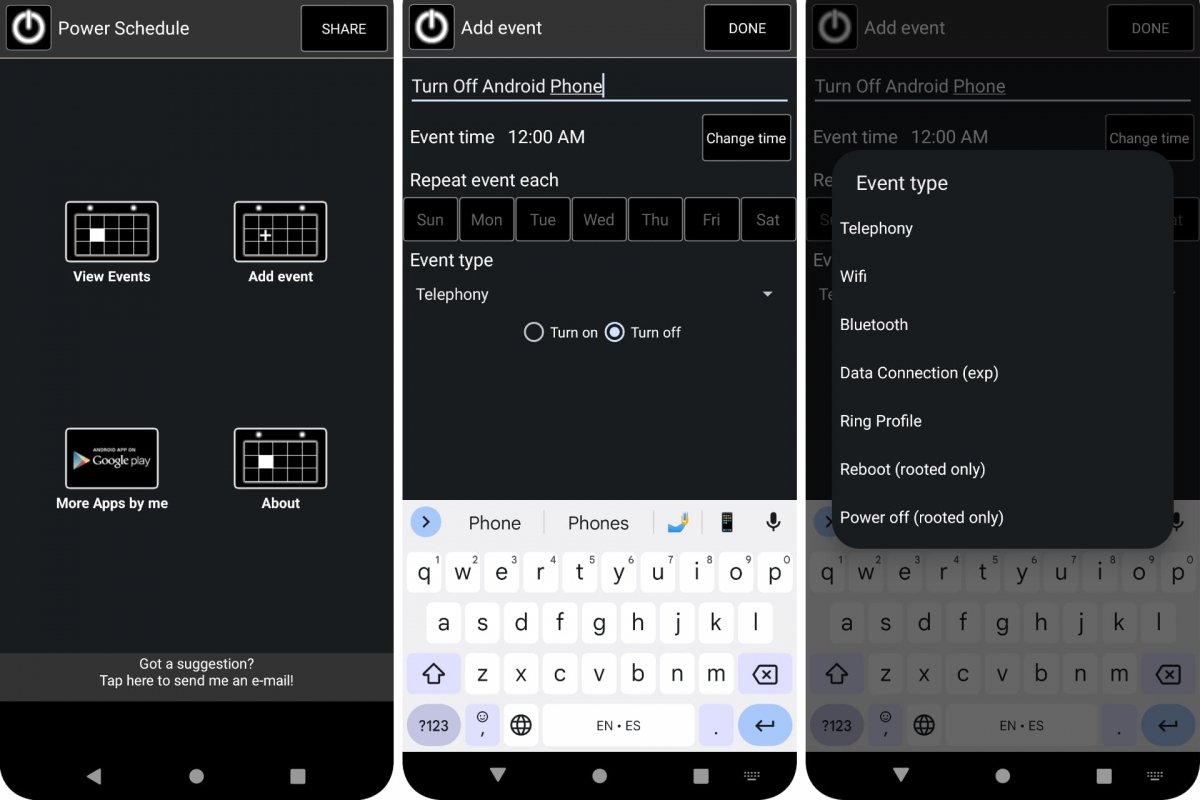 For other Android phone models, the most practical option is to install the Power Schedule app . It is free and allows you to program the phone to turn off , restart or vibrate at a specific day and time . You can also disable WiFi or Bluetooth and other actions. It is very easy to use and you can program different actions for different days and times of the week. However, the actions of rebooting and turning off the phone require rooting the phone .

How to count and measure steps on Xiaomi mobiles

How to remove and disable TalkBack on Android

How to remove and disable TalkBack on Android

How to count and measure steps on Xiaomi mobiles

How to carry the ID on the mobile

We will be happy to hear your thoughts

category
recent messages
recent comments
We use cookies on our website to give you the most relevant experience by remembering your preferences and repeat visits. By clicking “Accept All”, you consent to the use of ALL the cookies. However, you may visit "Cookie Settings" to provide a controlled consent.
Cookie SettingsAccept All
Manage consent

This website uses cookies to improve your experience while you navigate through the website. Out of these, the cookies that are categorized as necessary are stored on your browser as they are essential for the working of basic functionalities of the website. We also use third-party cookies that help us analyze and understand how you use this website. These cookies will be stored in your browser only with your consent. You also have the option to opt-out of these cookies. But opting out of some of these cookies may affect your browsing experience.
Necessary Always Enabled
Necessary cookies are absolutely essential for the website to function properly. These cookies ensure basic functionalities and security features of the website, anonymously.
Functional
Functional cookies help to perform certain functionalities like sharing the content of the website on social media platforms, collect feedbacks, and other third-party features.
Performance
Performance cookies are used to understand and analyze the key performance indexes of the website which helps in delivering a better user experience for the visitors.
Analytics
Analytical cookies are used to understand how visitors interact with the website. These cookies help provide information on metrics the number of visitors, bounce rate, traffic source, etc.
Advertisement
Advertisement cookies are used to provide visitors with relevant ads and marketing campaigns. These cookies track visitors across websites and collect information to provide customized ads.
Others
Other uncategorized cookies are those that are being analyzed and have not been classified into a category as yet.
SAVE & ACCEPT
×